One night in Bangkok and the world’s your oyster said Murray Head in the 1984 song from the musical ‘Chess’. I’m not sure if the world is my oyster now but I recently spent three nights in Bangkok and I loved every minute of it. I’ve wanted to travel to the far east for as long as I can remember and now, after almost fifty years on the planet I’ve finally achieved it. Bangkok, The City of Angels in the heart of The Land of Smiles is home to over 8 million people all living in just over 600 square miles. I was reading Jerry Hopkins’ book ‘Thailand Confidential’ on the flight over and he told me that there’s so much building work going on here the city is sinking at a rate of four and a half inches a year and much of the city is already under sea level. Is this really true? And if it is why do they keep on building at such a rapid pace? Madness and the place was mad in all the good ways. Culturally it was something I had never experienced before, the slow traffic, the crowded streets and people eating food anywhere and everywhere I went was exactly the kind of thing I’d come here for.

Founded in 1782 Bangkok’s Chinatown is one of the biggest Chinatown’s in the world. It’s packed with stallholders cooking vegetables, meat and fish of any description to sell to us fat western farangs for only a couple of dollars. The smell of food being cooked is everywhere. Chilli, garlic and Thai basil combined with the heat of the night air woke me up and blasted away the last of the jet lag. Everywhere I went people were cooking food in the lanes, allies and backstreets. There was an abundance of steamed dumplings, flaming stir-fries, and simmering soups. You couldn’t escape the food.  Jerry Hopkins book also told me that only a hundred and four of the two thousand fresh food markets in Bangkok meet the hygiene standards set by the Thai Public Health Ministry. Did that put me off? You can bet your life it didn’t.

The chef cooking with the flaming wok in the picture below was catering to a restaurant of about 35 covers and he barely broke a sweat while I was suffering from heatstroke just watching him cook. There were about another 40 customers waiting in line to be seated when any space was vacated. Would you consider eating at this place? A restaurant where you are expected to eat your food at a plastic table and chair positioned on the pavement while people amble past you going about their daily business? I certainly did, the food was amazing. Just look at those prawns in the last image.

I know I only dipped my toes into Bangkok, but I have to say I would love to go back and spend a hell of a lot longer there. Maybe a six-month visit and I might begin to understand what the hell is going on. But for now, let’s just say Bangkok, you got me. 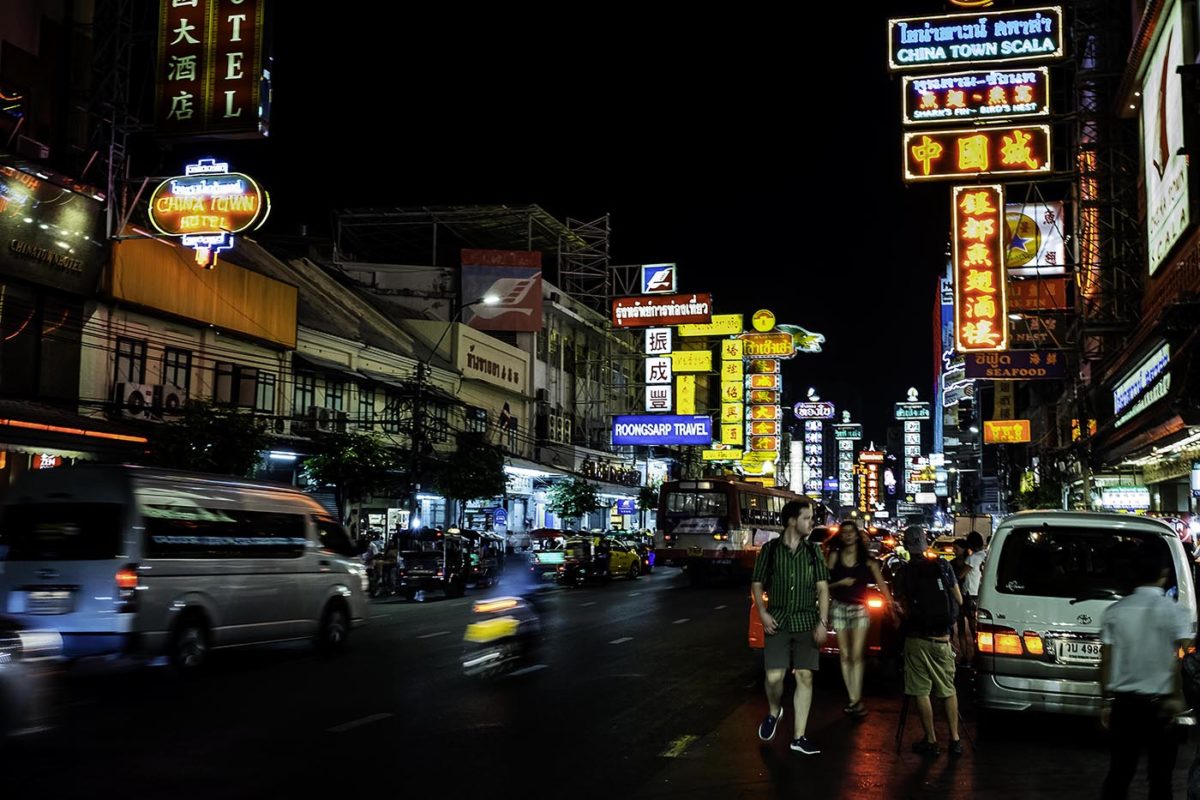 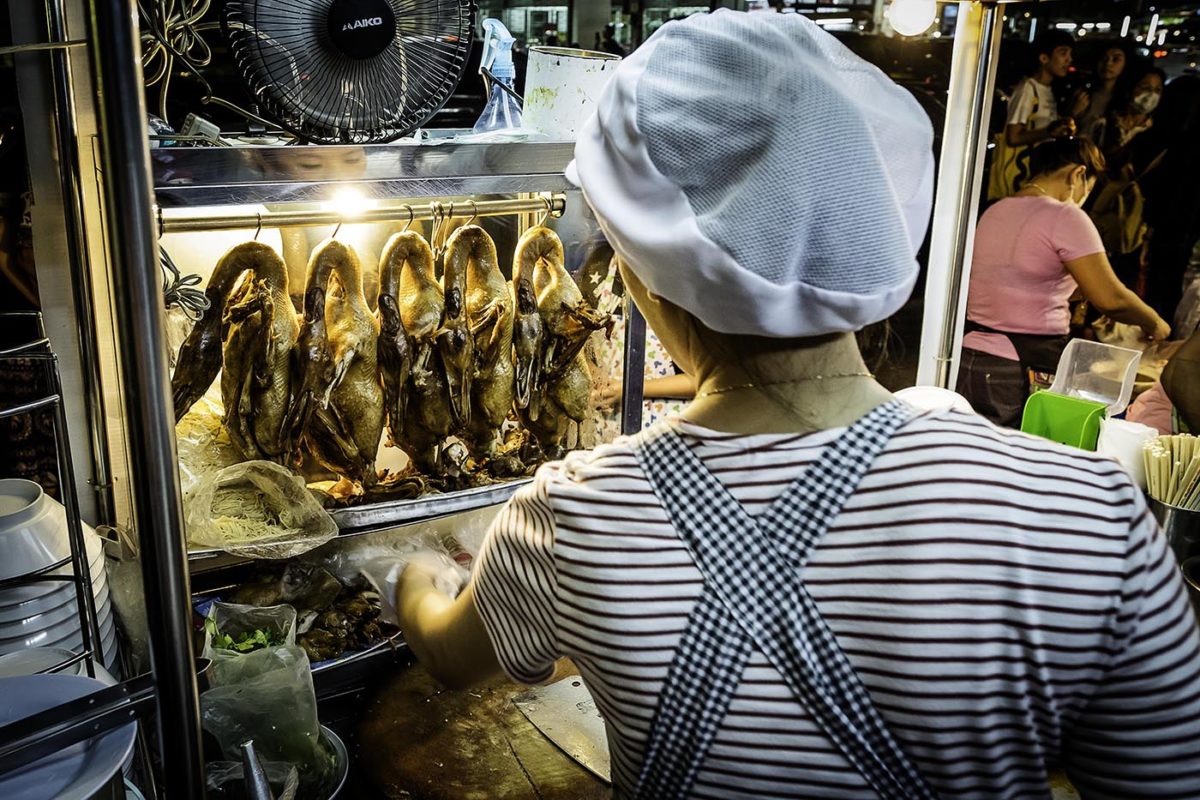 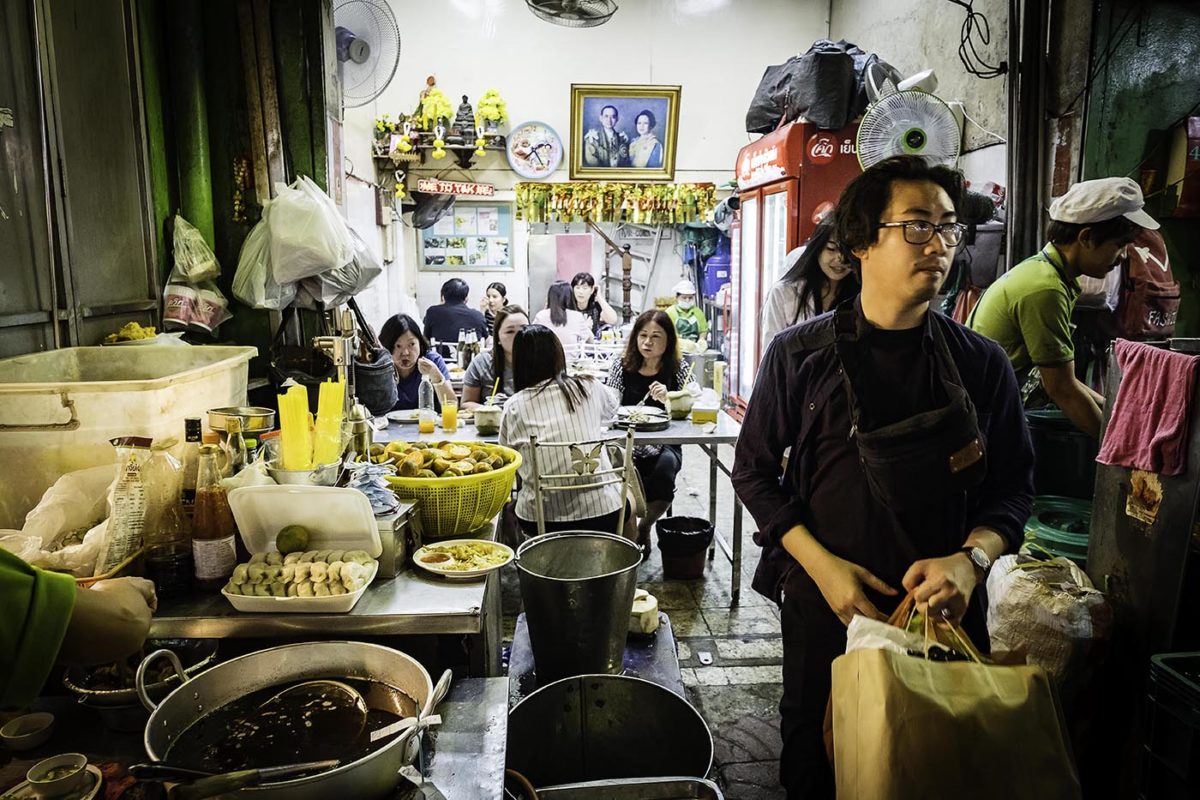 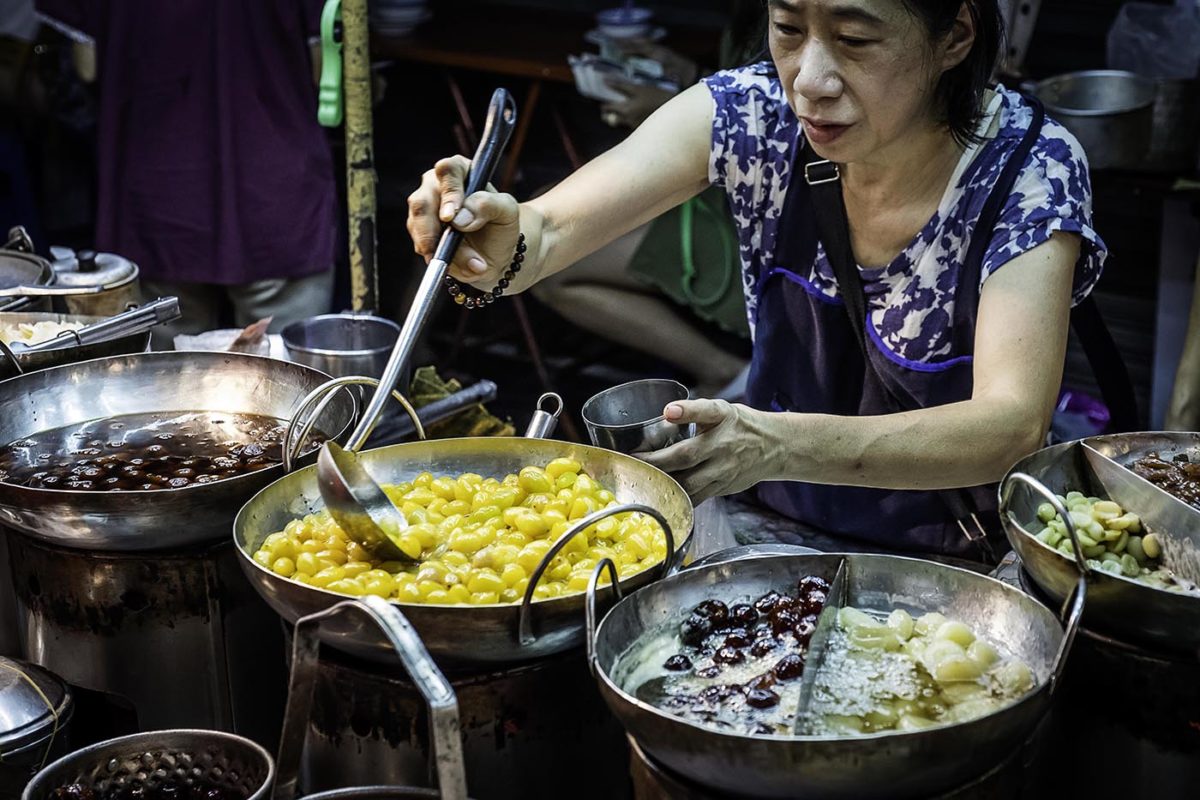 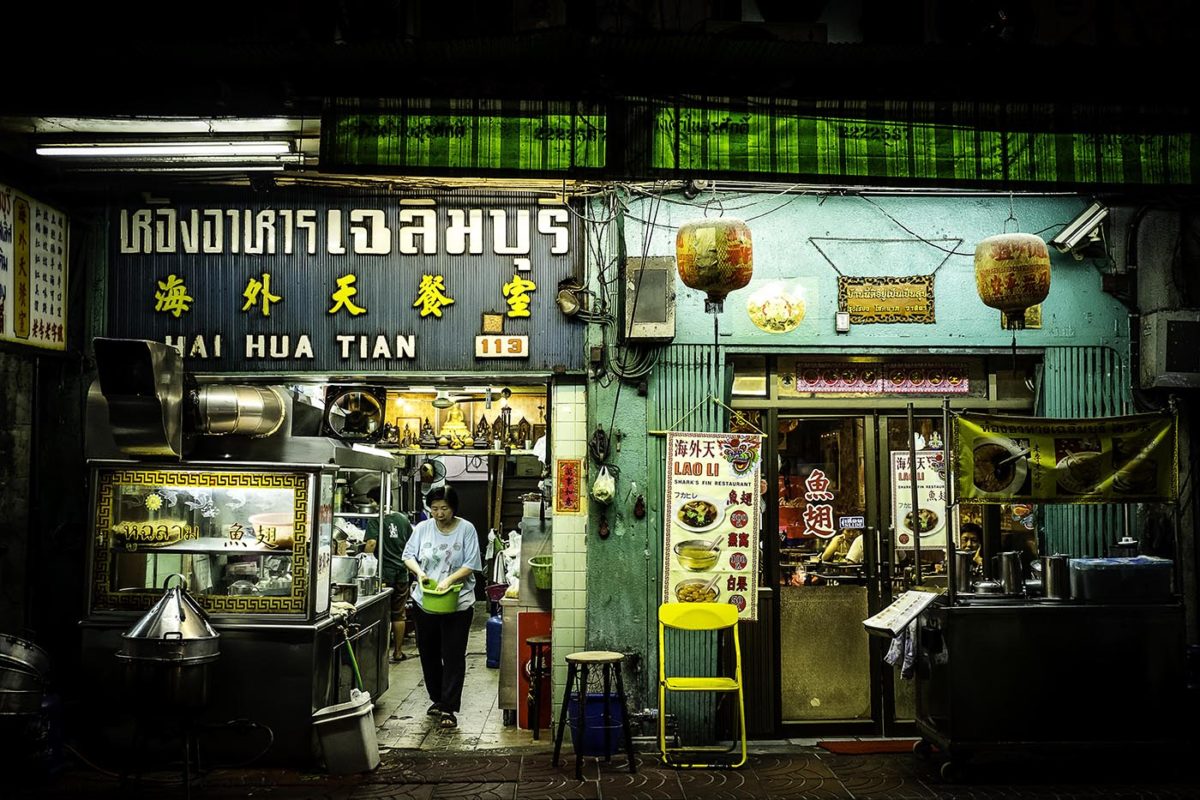 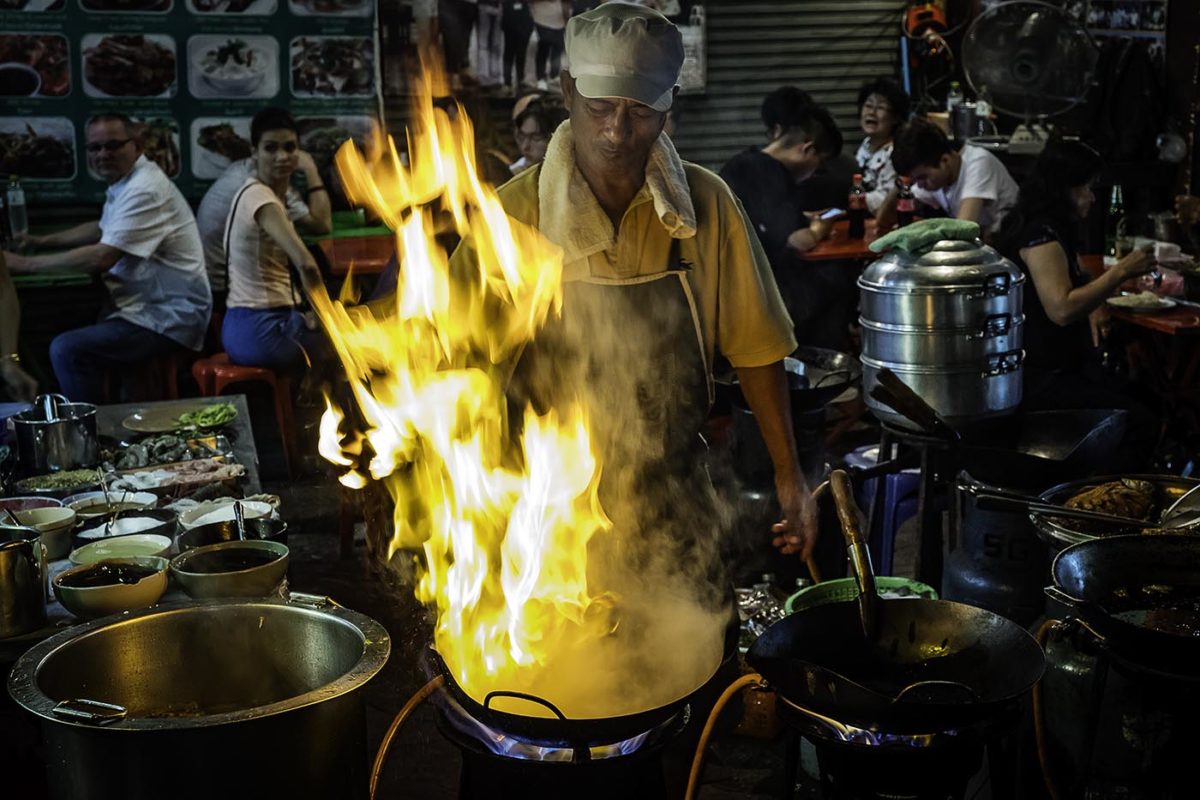 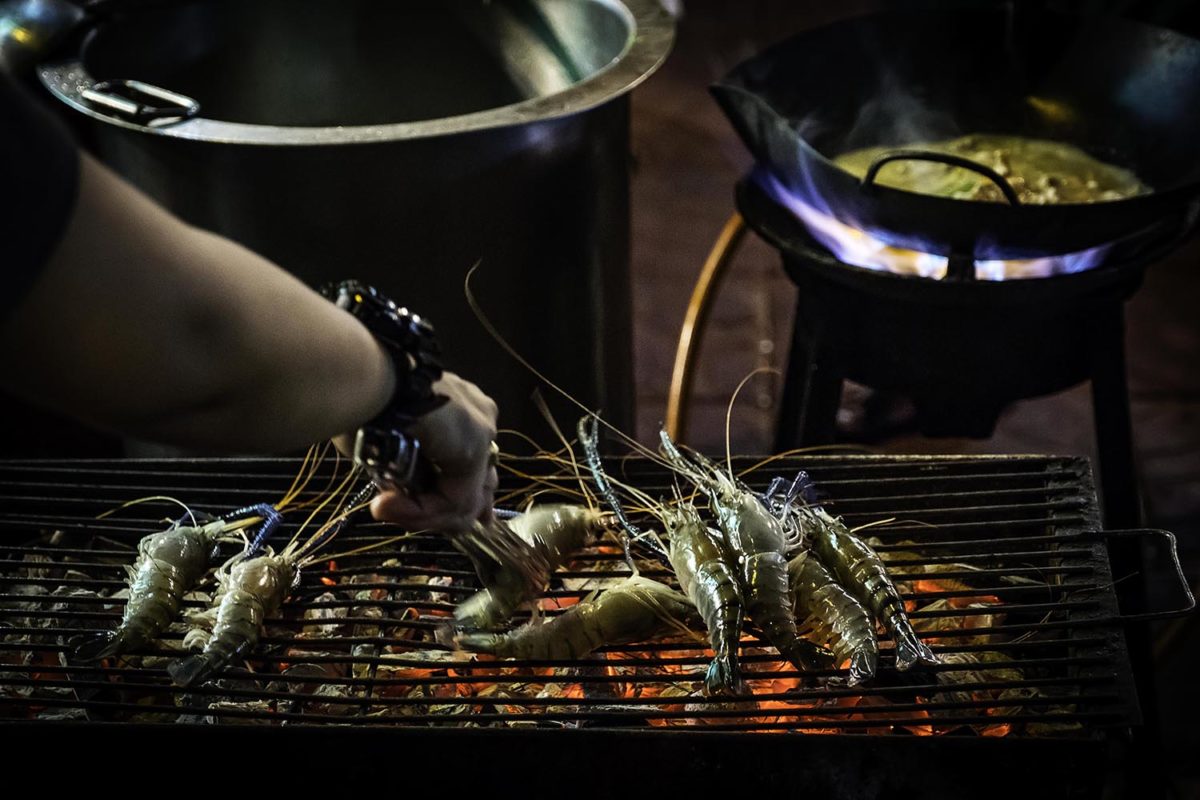