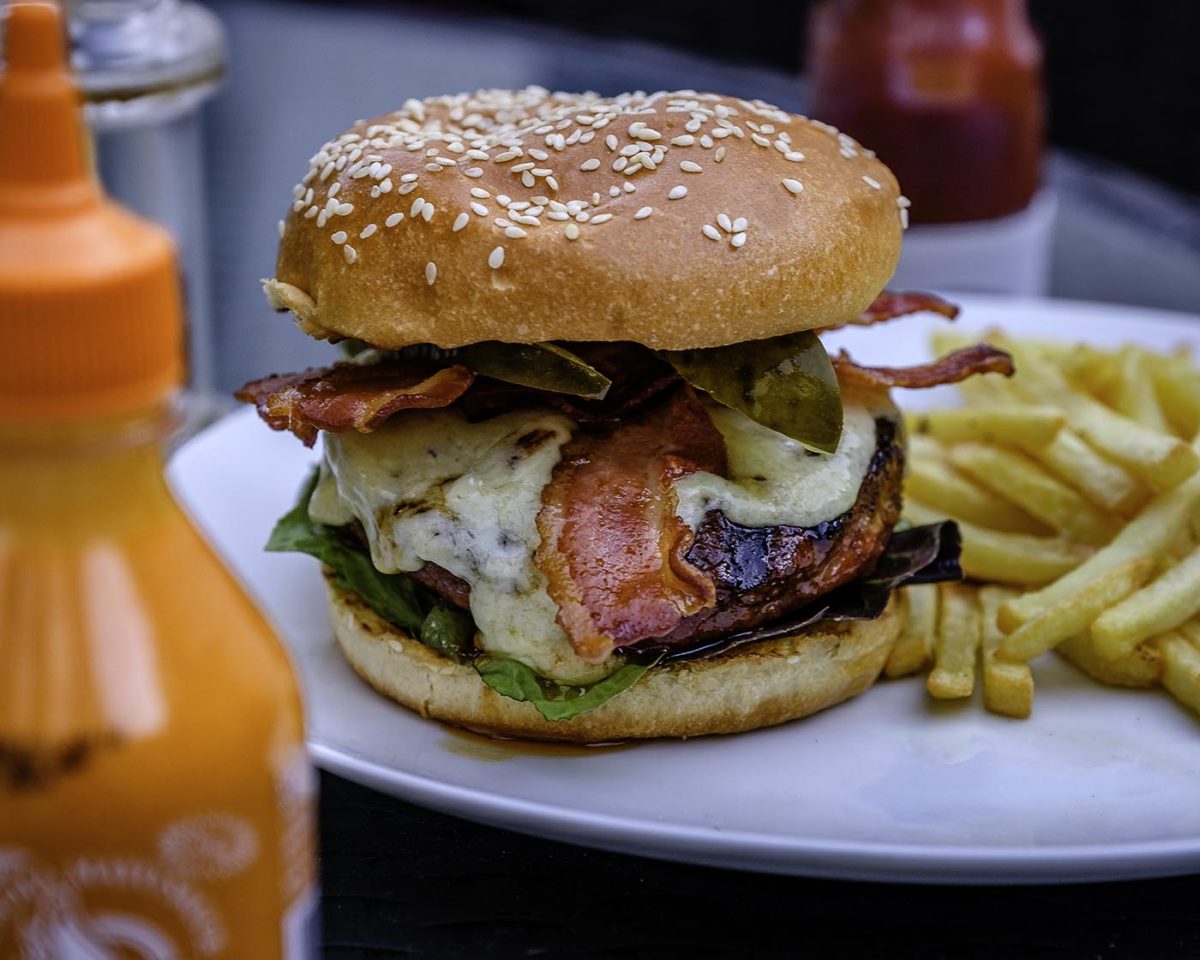 It’s now creeping towards the end of July and the sun hasn’t stopped shining for weeks. If you live in Britain this isn’t a normal occurrence. Usually, at this time of the year, we’re all moaning about the fact that it isn’t warm enough and we’re wondering if we’re ever going to get a summer? It hasn’t rained here for so long there’s talk of a hosepipe ban. Southsea Common is so dry it’s beginning to resemble the Serengeti, although the dangerous wildlife here is somewhat different as it is to there. I’ve even begun hearing people say, I’ll be glad when this is all over and it’s colder again. These are the sort of people that aren’t happy unless they are complaining about something on a daily basis. If you want my advice, they should be avoided at all cost. They’re the sort of person that puts complaints into the BBC’s, Newswatch programme.

Now I know that climate change is the worst thing happening to the world right now. Our seasons are changing, and there are multi-faceted reasons as to why this is happening, and these issues should (rightly) should be addressed and they should concern every single one of us. But it’s been ages since we’ve had a long hot summer like this, shouldn’t we be able to just enjoy it for once? Unfortunately, I’m just about old enough to remember the last heatwave in the summer of 1976 when rivers ran dry, people shared buckets of water in the street and Michael Fish wore suits with massive lapels, a kipper tie and told you how scorchio it was on the weather forecast (Google him, kids). I can also remember when it finally rained in the last week of August, people came out of their houses and danced about in the street just to get soaking wet. I promise you I’m not making this up. 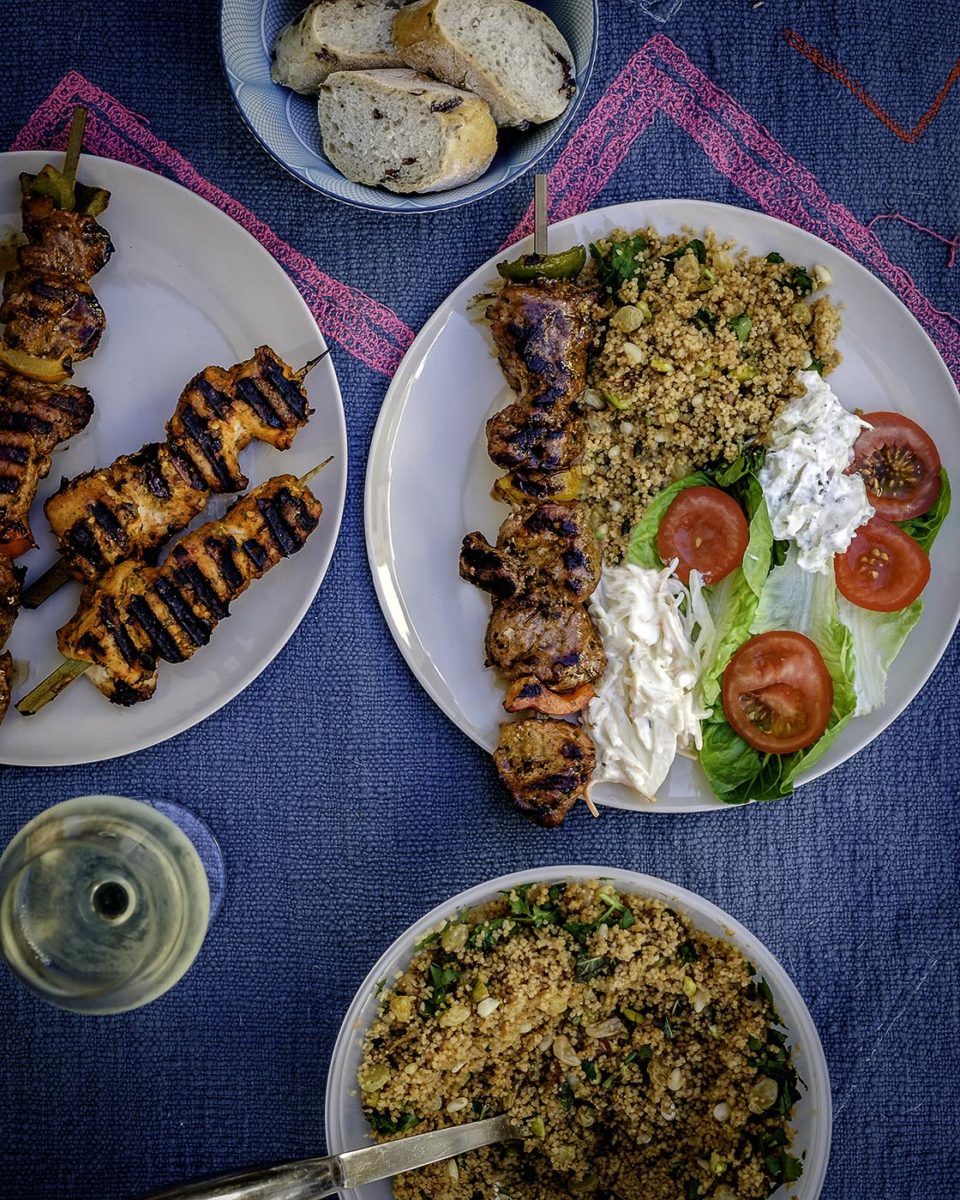 Back then, if we wanted to eat outside, what we didn’t have was an abundance of decent food. Barbeques in this country were practically unheard of and from what I can remember, picnics were sad sandwiches and cold sausage rolls. If we were lucky enough to have hotdogs they were the rubber ones that came out of a tin. Those flabby, meatless, salt infested canisters of pork flavoured goo can’t be good for anyone, can they? These days kids think nothing of gourmet burgers, butchers’ sausages, racks of ribs and sticky marinated skewers of chicken. They take for granted that food like this is everywhere now and they can enjoy it in their own backyard.

I’ve taken to eating outside as much as possible in the current heatwave. Yes, I may have had too much meat and consumed more burgers than a doctor would recommend but there’s also been lots of salad involved so I reckon it kind of evens itself out. This hot weather should be celebrated, and we should enjoy every sunny day and every sunset that we’re getting right now. Also, what’s better than having some friends round, cracking open some beers and lighting up the BBQ? 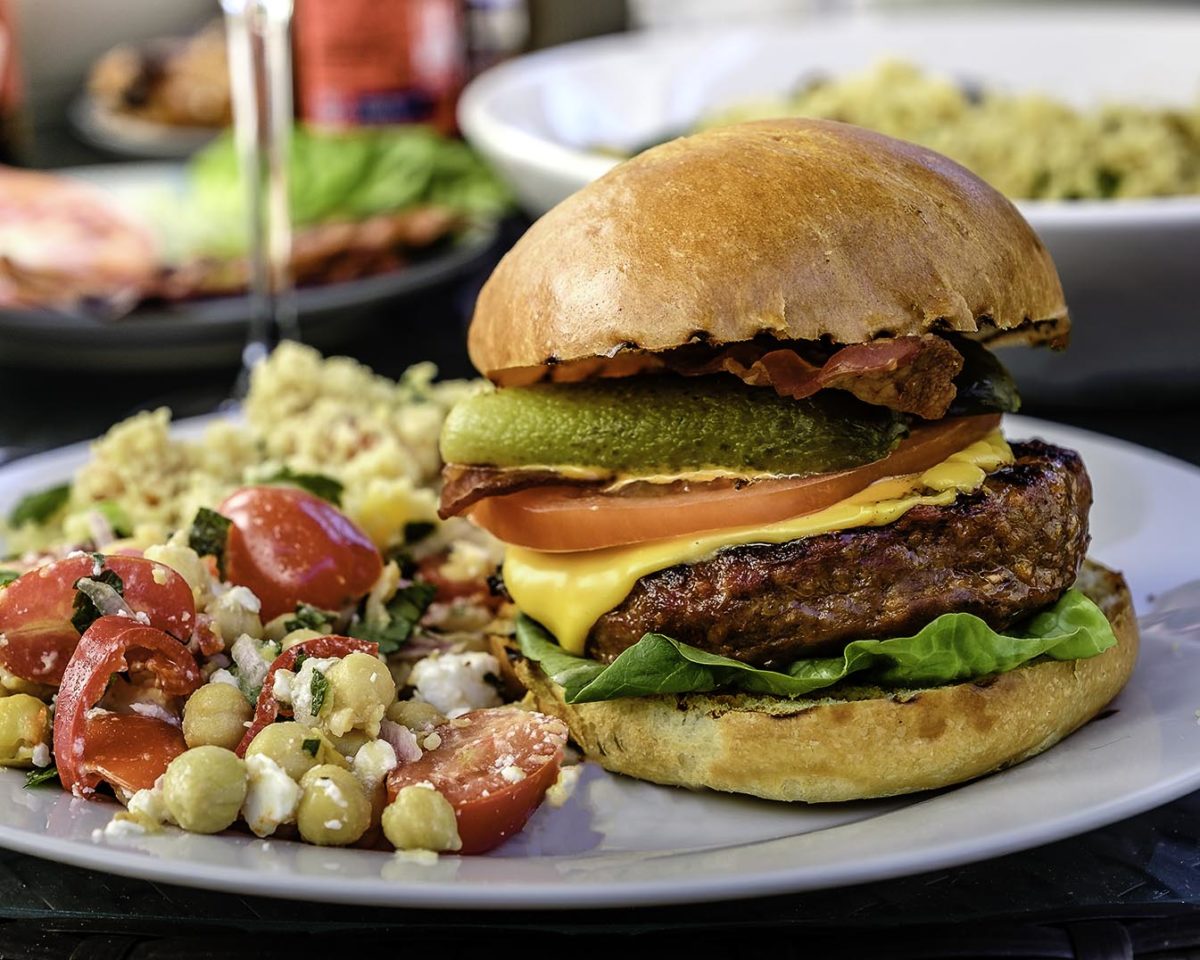 As any boring food snob will tell you, meat from the butchers is better than anything from the supermarket. This may be the case, but supermarkets also do a great job, and everyone has their own budget. Me, I’d rather spend a bit more on my food than on any other materialistic bullshit that just doesn’t bother me.  I’m also lucky enough to have an award-winning butcher at the top of the road, it’s easier for me to go there than it is to go to the supermarket. Buckwells of Southsea has great produce has never let me down in the two years I’ve lived here. I can also highly recommend Owtons butchers too. They have four excellent shops and as I was recently working out near one of them in Titchfield, it seemed rude not to pay them a few visits.

In the same way that I love street food, I love eating outside. It’s more relaxed, you can get a bit drunk and drop ketchup down your shirt and nobody really cares. Fine dining in posh restaurants is all well and good but so is lounging about in the garden munching on a proper sausage in a brioche bun while onion juice runs down your fingers. And doesn’t the smell of a BBQ get you every time? I can’t think of a better smell, can you? Well, maybe freshly baked bread but other than that I can’t think of a better smell. OK, maybe bacon, but nothing else OK? 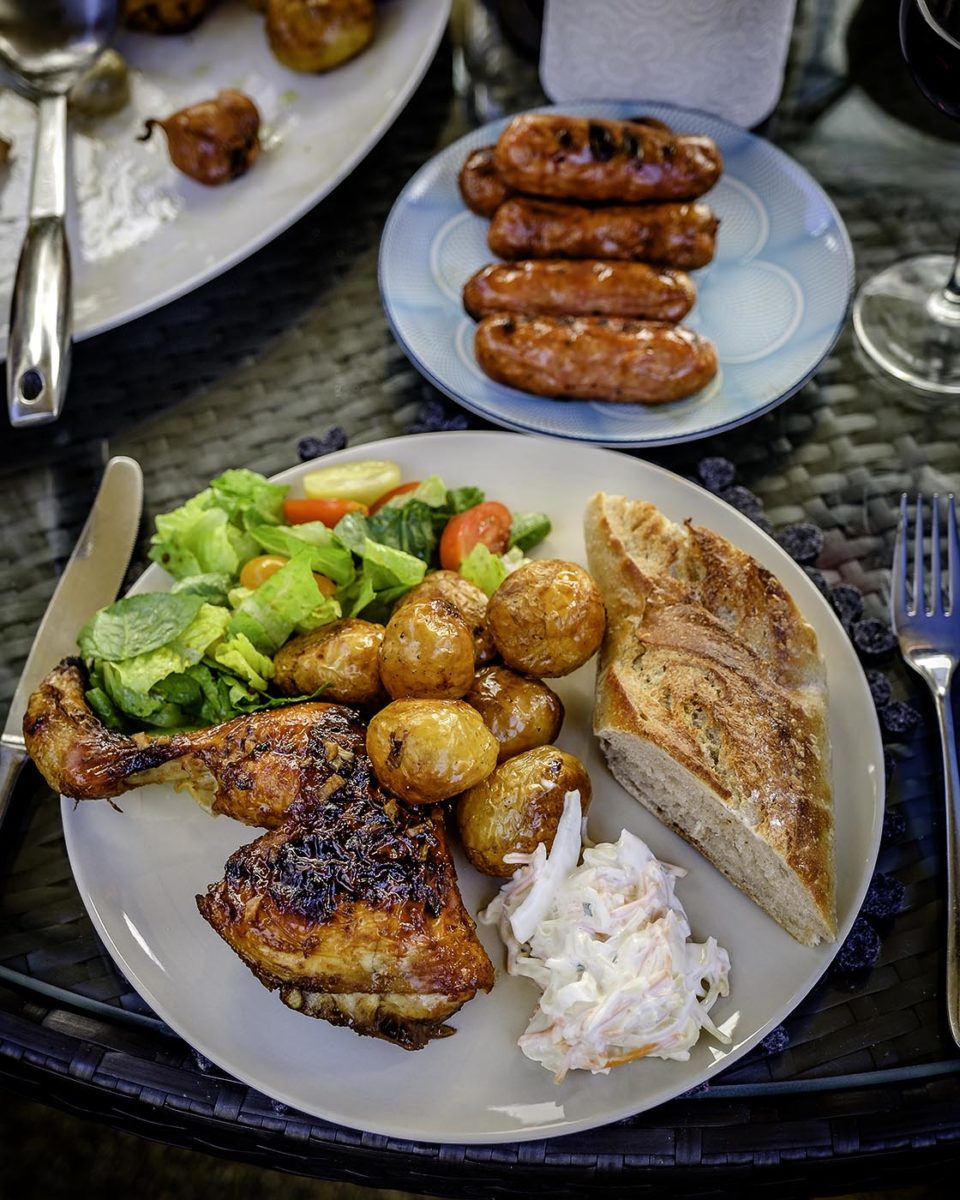 And of course, in amongst this hot weather, there’s been the World Cup to enjoy. Not only was the tournament one of the best we’ve ever seen (if you like football that is) England, for a change, didn’t crash out with a whimper. The team exceeded the hopes of the nation and reached the semi-finals. It seemed like everyone got on board and the feel-good factor was phenomenal. You couldn’t avoid ‘It’s Coming Home’ even if you tried. In the group stages on the Sunday England lined up against Panama and duly put six goals past them. Some might say, yeah but it’s only Panama, but England don’t score six goals, ever, against anyone. In the euphoria that followed that game, a few of us came home from the pub, lit the BBQ and ate cheeseburgers as a celebration. As we did when we lamented their exit from the tournament against a steely Croatian team that came back from a goal down to beat us. Football might not have come home but for a change, it did give us some great memories and I bet the sales of BBQ food went through the roof while the tournament was on.

So, I’m not looking forward to the winter when it’s freezing cold and gets dark at 4 o’clock in the afternoon. I love these hot days and balmy nights sat outside eating barbequed food, and I hope it last until the end of October. If you’re unlucky to know someone that’s longing for the cold winter months you don’t need to be friends with people like that, you really don’t. Ditch them, come and join me in the garden for a cheeseburger instead. 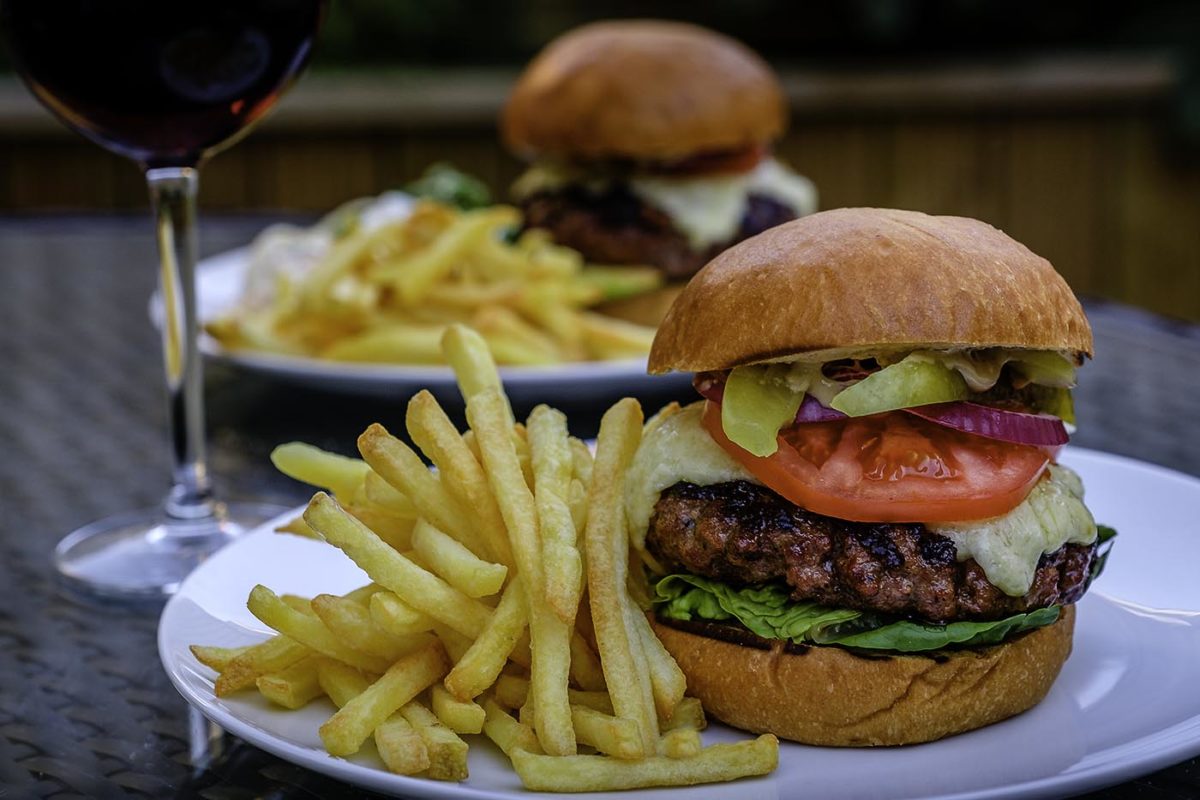 PrevPreviousI Made Pizza
NextReview of the Year.Next