I Made My Own Pizza.

I blame all of this on Russell Norman. I’d been obsessing over the Polpo cookery book for a few days and in it, he says that the one dough you must make for yourself is pizza dough. In the book, there are nine recipes for pizzetta with beautiful pictures and I really wanted to eat them all. I showed them to my wife and she agreed to make us some pizzas. This time I stood around asking questions and generally getting in the way. Despite this, the pizzas she made were delicious, in fact so delicious that I wanted to learn to do this myself.  On the second attempt at pizza making, I was trusted to knead the dough. I should say that this was the very first time I’ve made a dough of any description. There was yeast, flour, salt, water, olive oil and some brute force. Kneading that dough for 10 minutes turned out to be a decent upper body workout. After this, we put the covered doughball in a warm place and took the dogs out. Because of the wonder of ancient alchemy that ball of dough had at least doubled in size when we got back home.

For the third attempt at homemade pizzas, I was (almost) on my own. Not only was I on my own I was also stepping into controversial territory, I was making a ham and pineapple pizza! For many pineapple on a pizza is a step too far, but I love the sweet and savoury thing goes on here. I don’t care if Gordon Ramsay says, ‘pineapple doesn’t fucking go on a pizza’, it’s my house and I’m doing the cooking. I also made a pepperoni with spinach and a baked egg so that should appease the pineapple haters. For the tomato sauce, I slowly cooked down some cherry tomatoes with wild oregano, garlic and sugar, got the rolling pin out and made the pizza bases. Onto these, I spread the sauce, added the toppings and whacked them into the oven which was turned up to full blast. Six minutes later we had our very own homemade pizzas, made by me. Are they worth effort? I can honestly say they may not be the prettiest beast you’ve ever seen but they were damn tasty.

Lots of Americans call a pizza a pie and after extensive research on my part (Google), there seems no conclusive reason as to why.  The pizza/pie business is big, really big. Recently Domino’s overtook Pizza Hut as the world’s leading pizza company with sales exceeding $12.2 billion, that’s a hell of a lot of pizza. America alone eats 100 acres of pizza a day! This poor man’s food which was imported to America from Naples in the late 1900’s has gone on to become a national treasure. What did Kevin order when he was all petrified and Home Alone back in 1990? A Little Nero’s pizza, that’s what. America even has their very own TV series dedicated to the pizza, and so far, there’s been 18 episodes! If you don’t believe me, you can see all these on YouTube.

The True Neapolitan Pizza Association was founded in 1984 to protect the Neapolitan pizza. A true Neapolitan pizza must be made with San Marzano tomatoes which grow on the volcanic plains to the south of Mount Vesuvius, and with buffalo mozzarella made from the milk of water buffaloes raised in the marshlands of Campania and Lazio in a semi-wild state. Hands up if you can guess which nerd has ordered both these items from the internet today. In 2009 Italy as a nation requested that the Neapolitan pizza was registered with the European Union as a Traditional Speciality Guaranteed dish. I’ve been to Naples and I’ve seen the TV series Gomorrah and if that’s how seriously they take their pizza I’m not going to argue with them.

Britain’s love affair with authentic pizza is mainly the responsibility of Peter Boizot, a businessman from Peterborough. In 1965 he went to Italy and brought home with him a pizza oven from Naples, a chef from Sicily and opened up the first Pizza Express shop in Wardour Street, London. After a slow start, the company now has over 470 restaurants in the UK alone. Embraced by the middle classes for its reliability and child-friendliness it even survived the ‘have they made the plates and pizzas smaller’ scandal just after the millennium. In 2008 it was reported that they were paying staff lower than the minimum wage, relying on tips to make up the shortfall. Despite this, in 2014 they sold out to a Chinese based private equity firm, Hony Capital in a deal worth a cool $1.54 billion dollars. That’s a lot of Sloppy Giuseppe.

As you can see by my ham and pineapple effort I don’t mind going slightly against the grain when it comes to pizza toppings but I’m not keen on chicken or fish on a pizza. I definitely don’t like it when people try and make their pizza healthy, it’s a pizza for Christ sake. You can keep your cauliflower bases, low-fat cheeses and do not put avocado on there either. What is really clear though is that pizzas have come a long way since when I first used to have them as a kid. Anyone else remembers those supermarket six-packs of cheese and tomato frozen things they used to call pizza? They were extremely grim. So the next time you’re thinking about dialling out for a deep pan pie (?) why don’t you have a bash at making a pizza yourself? Let’s face it, if I can do it, it can’t be that difficult. 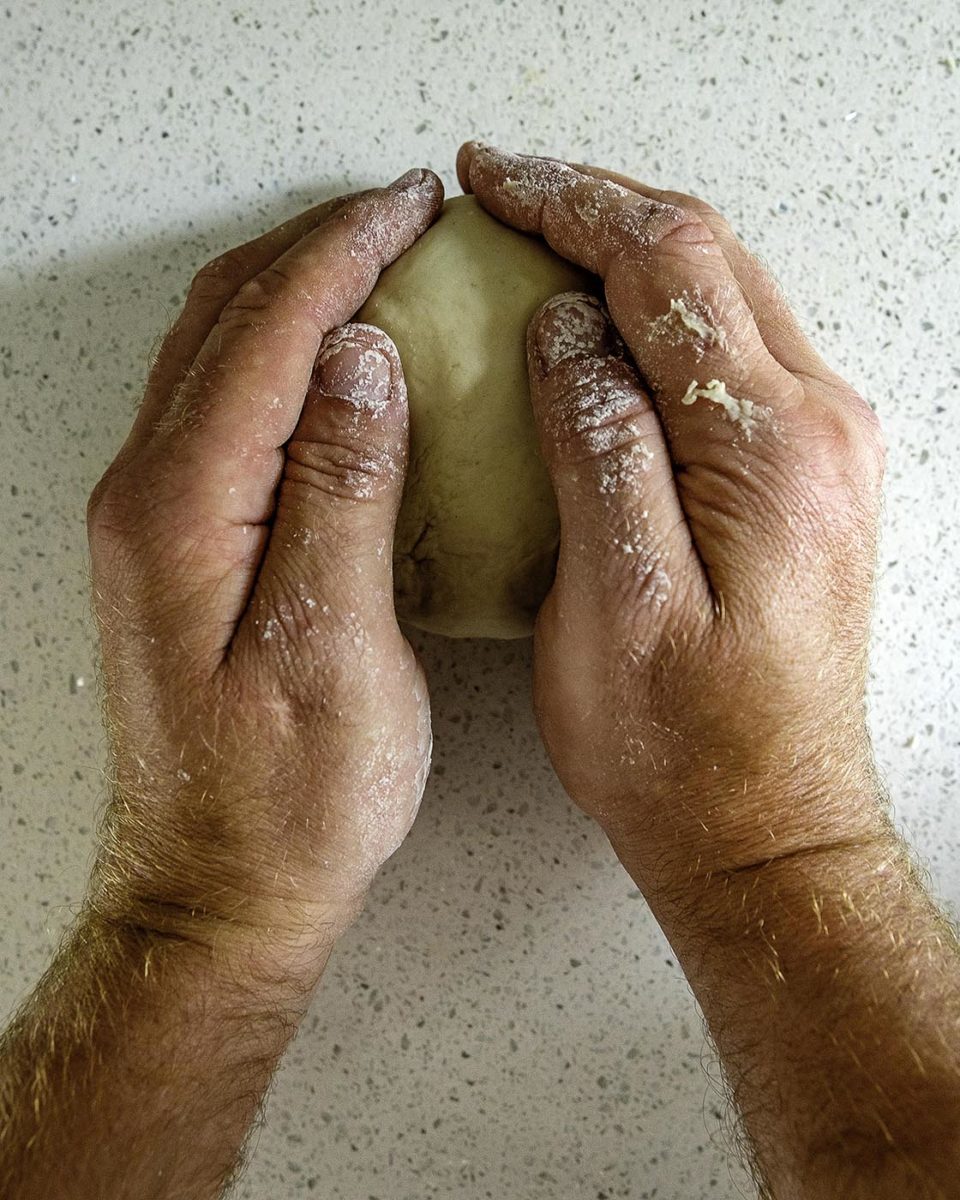 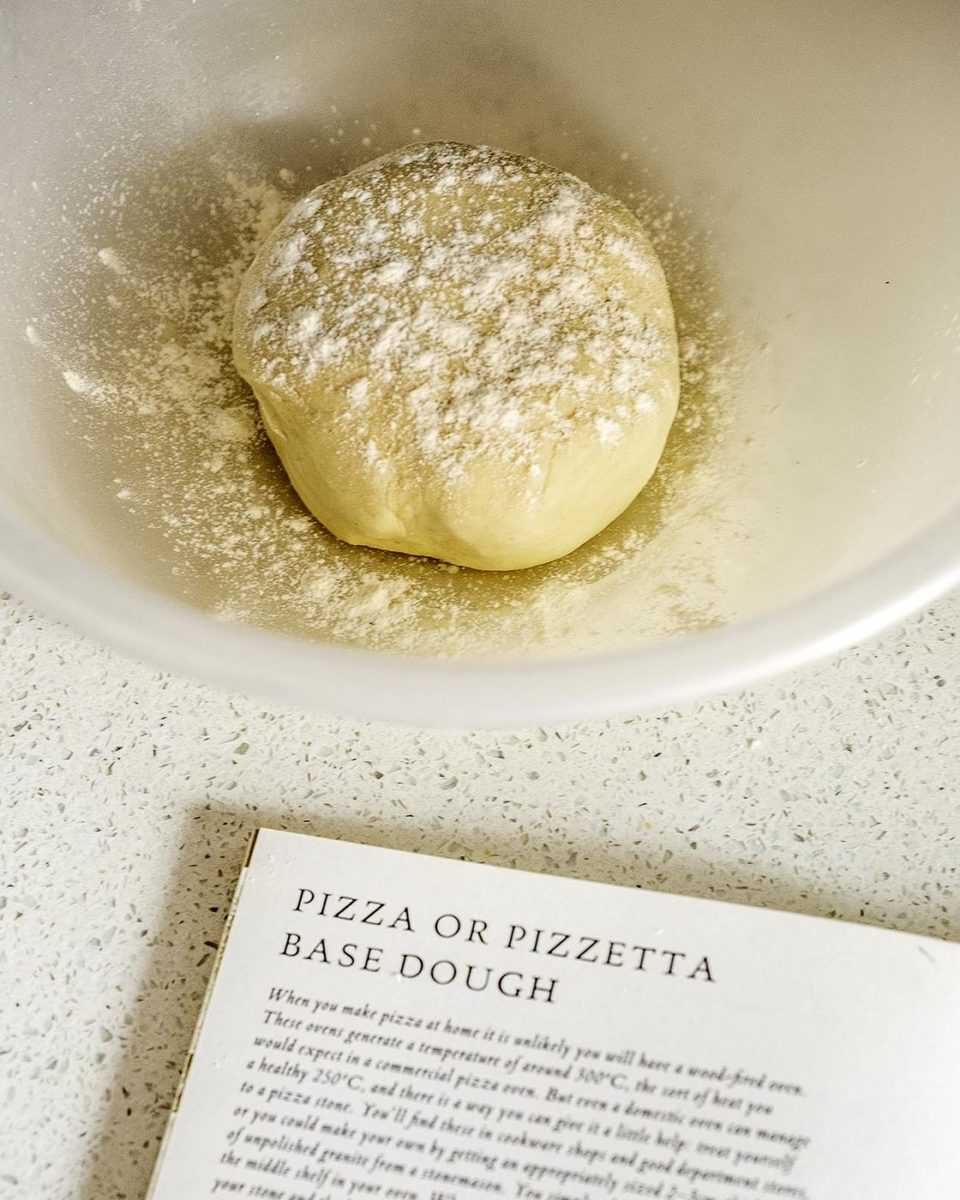 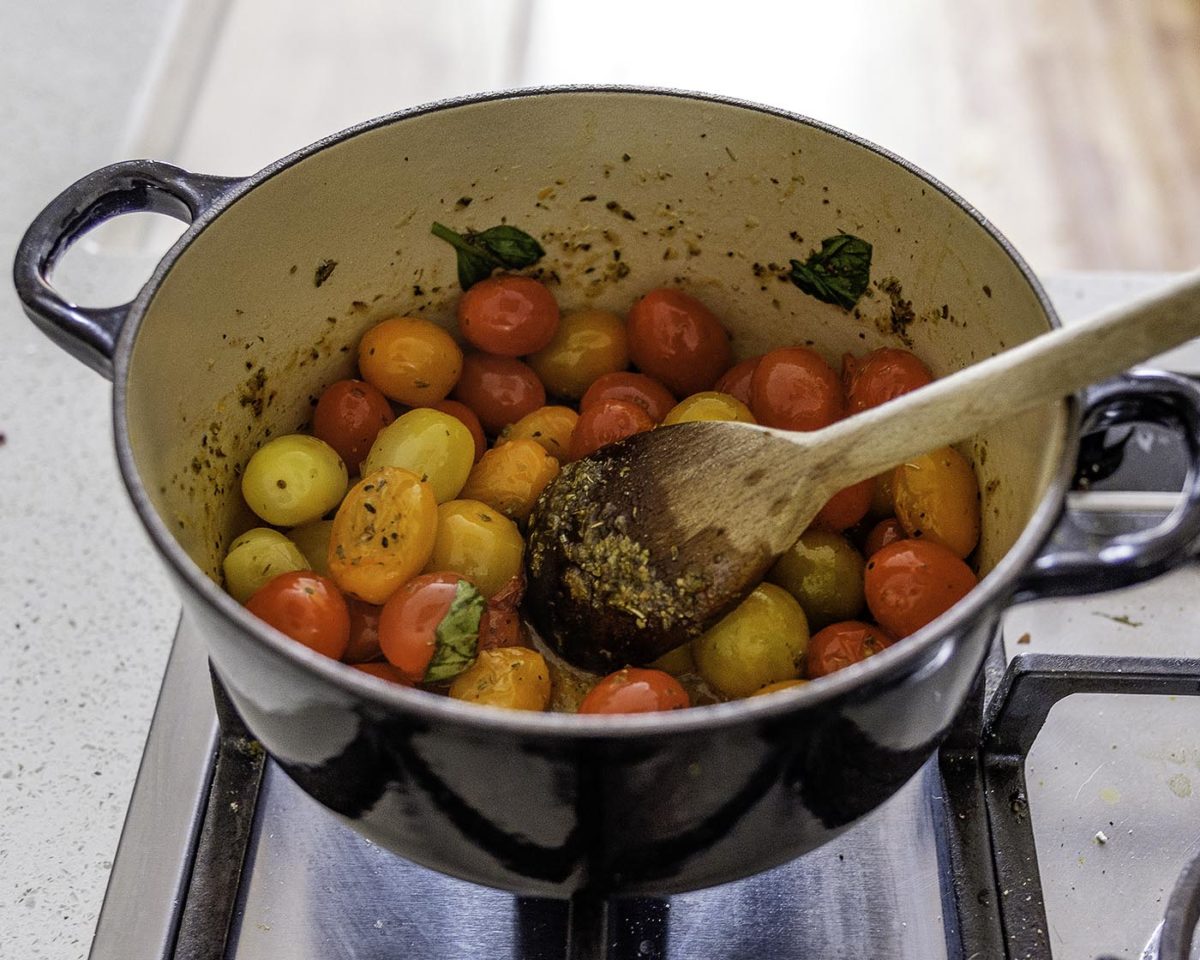 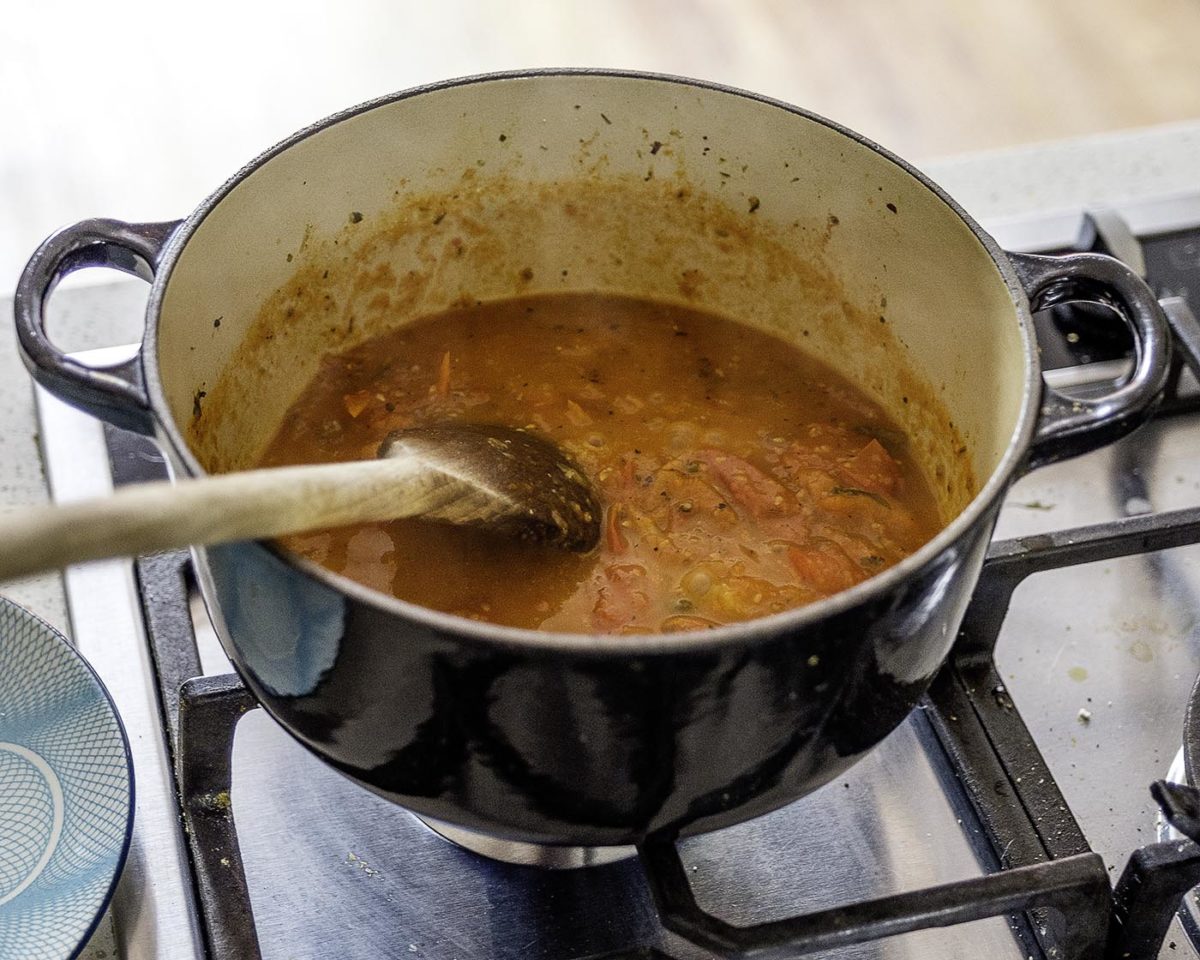 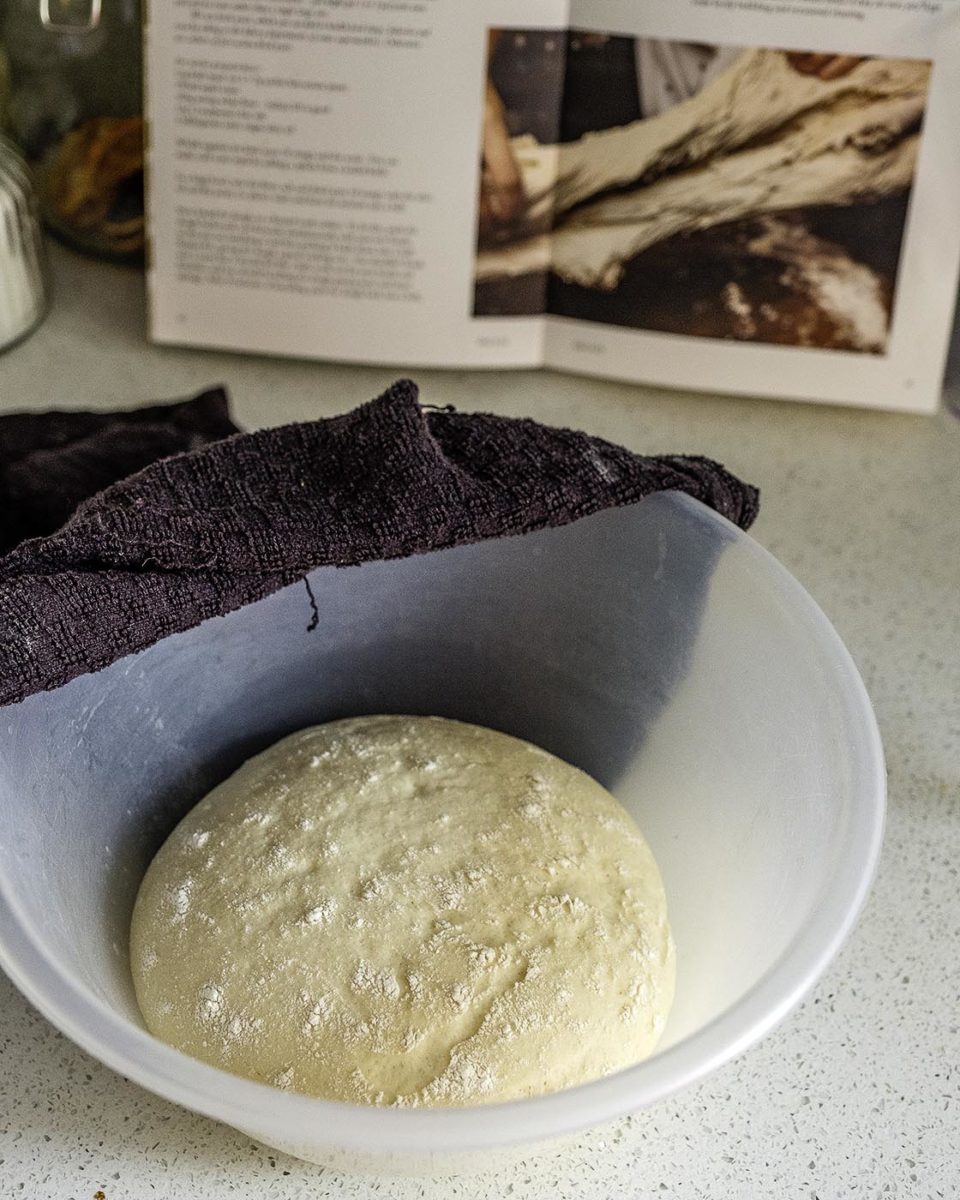 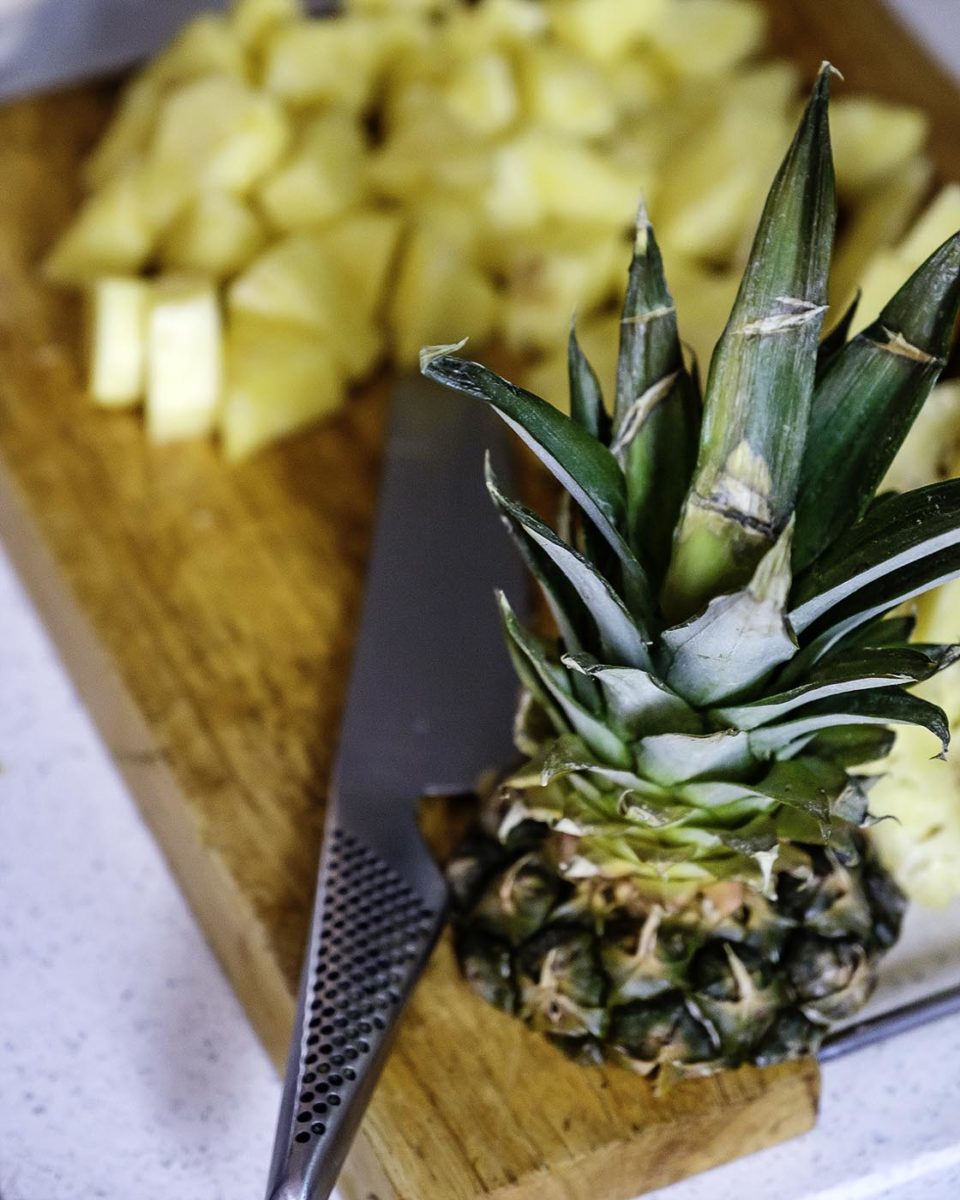 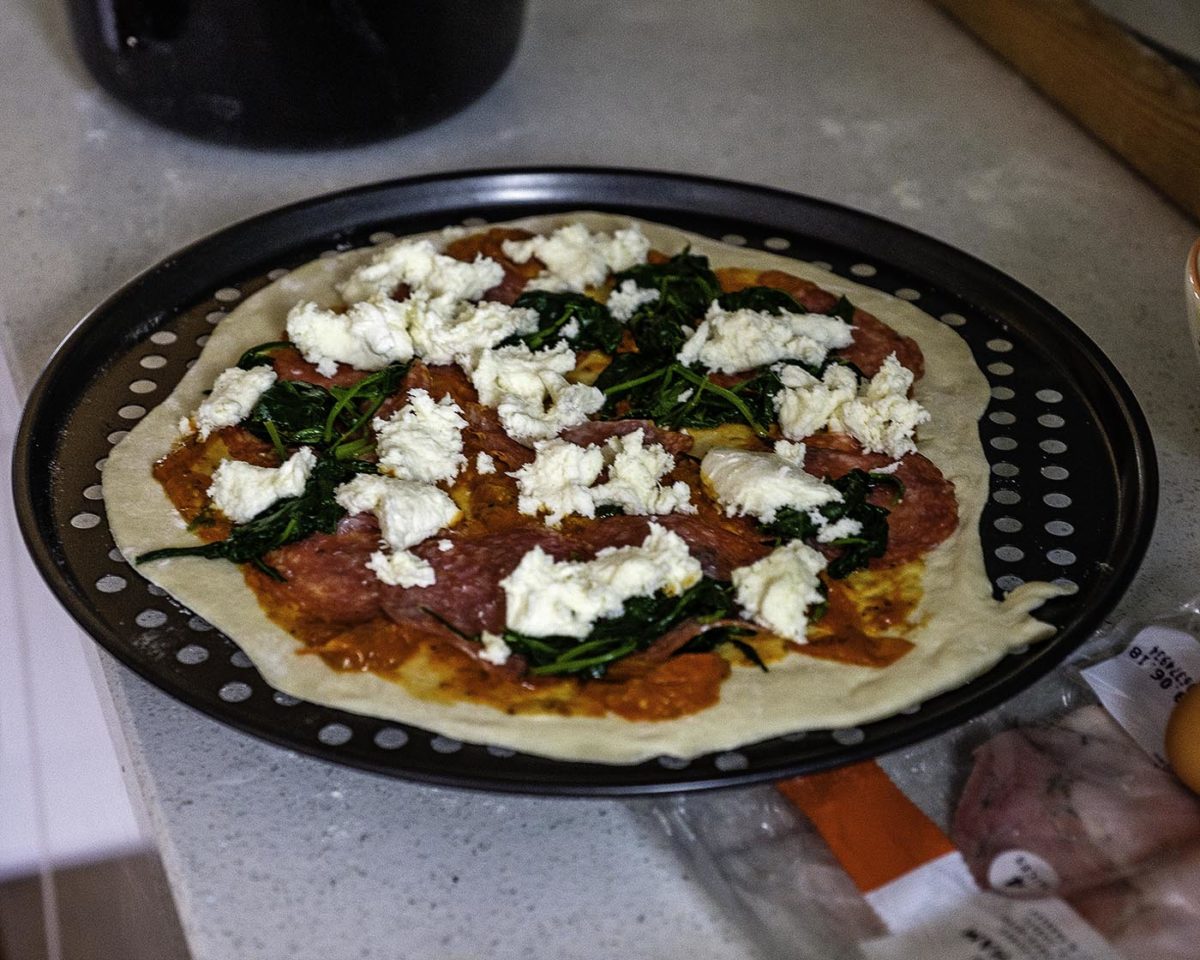 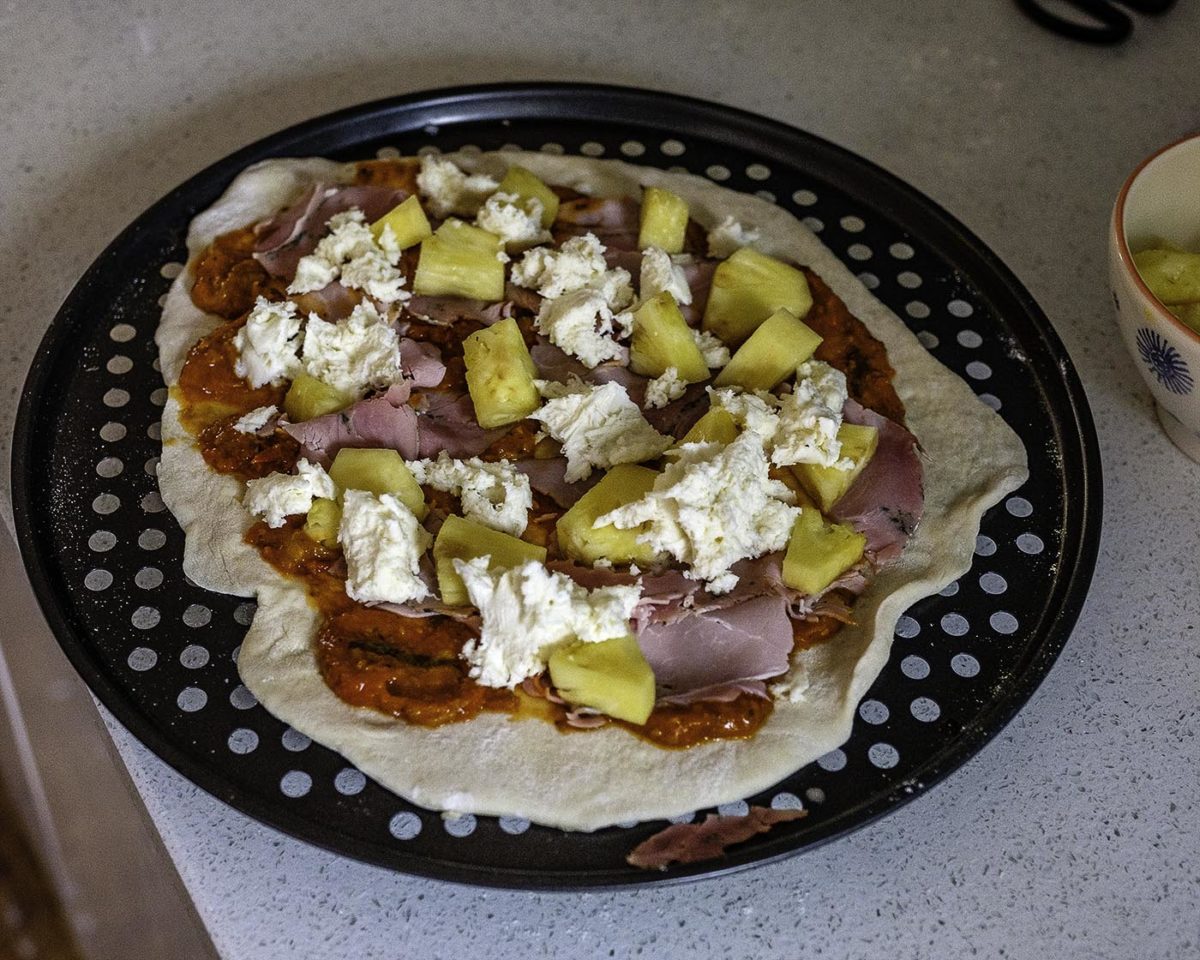 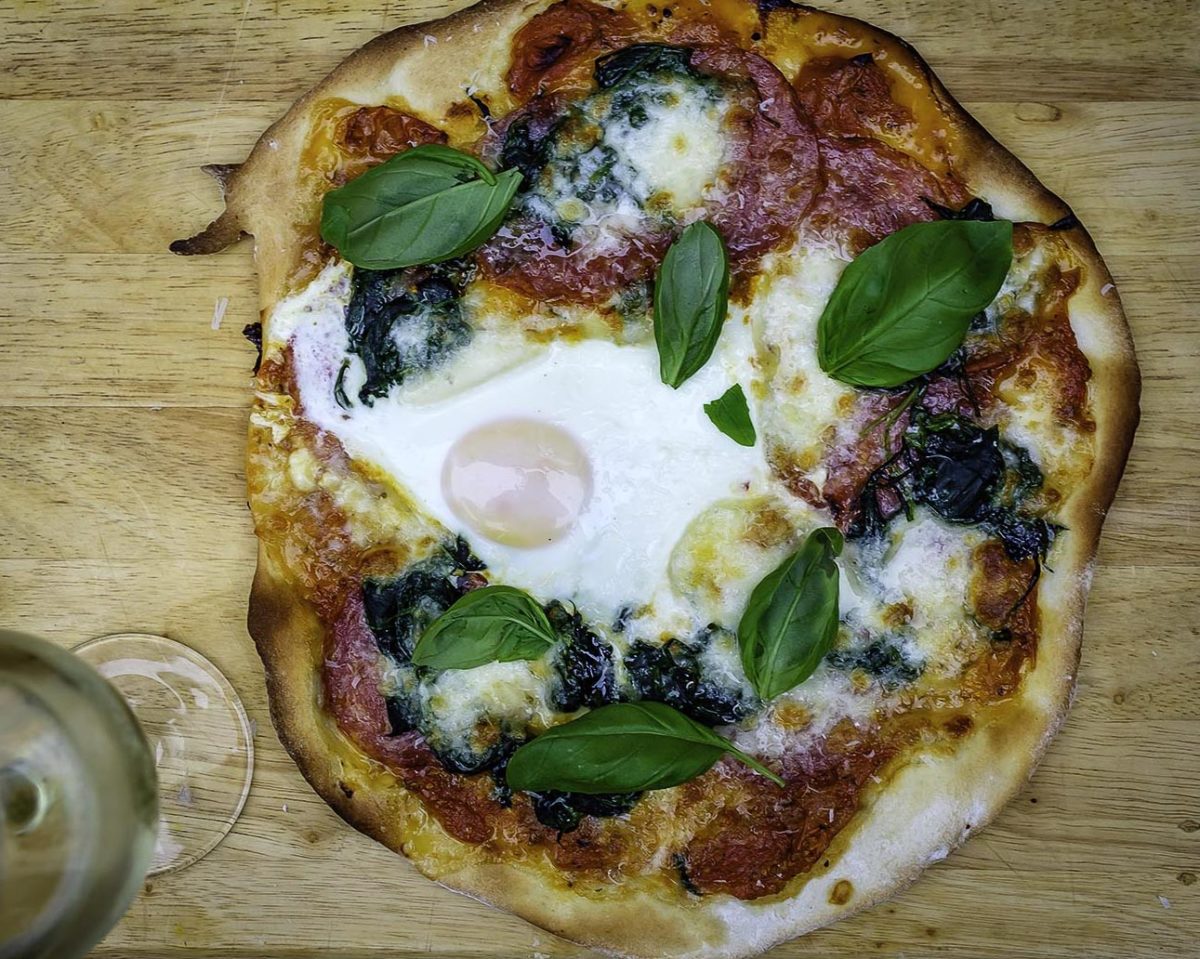 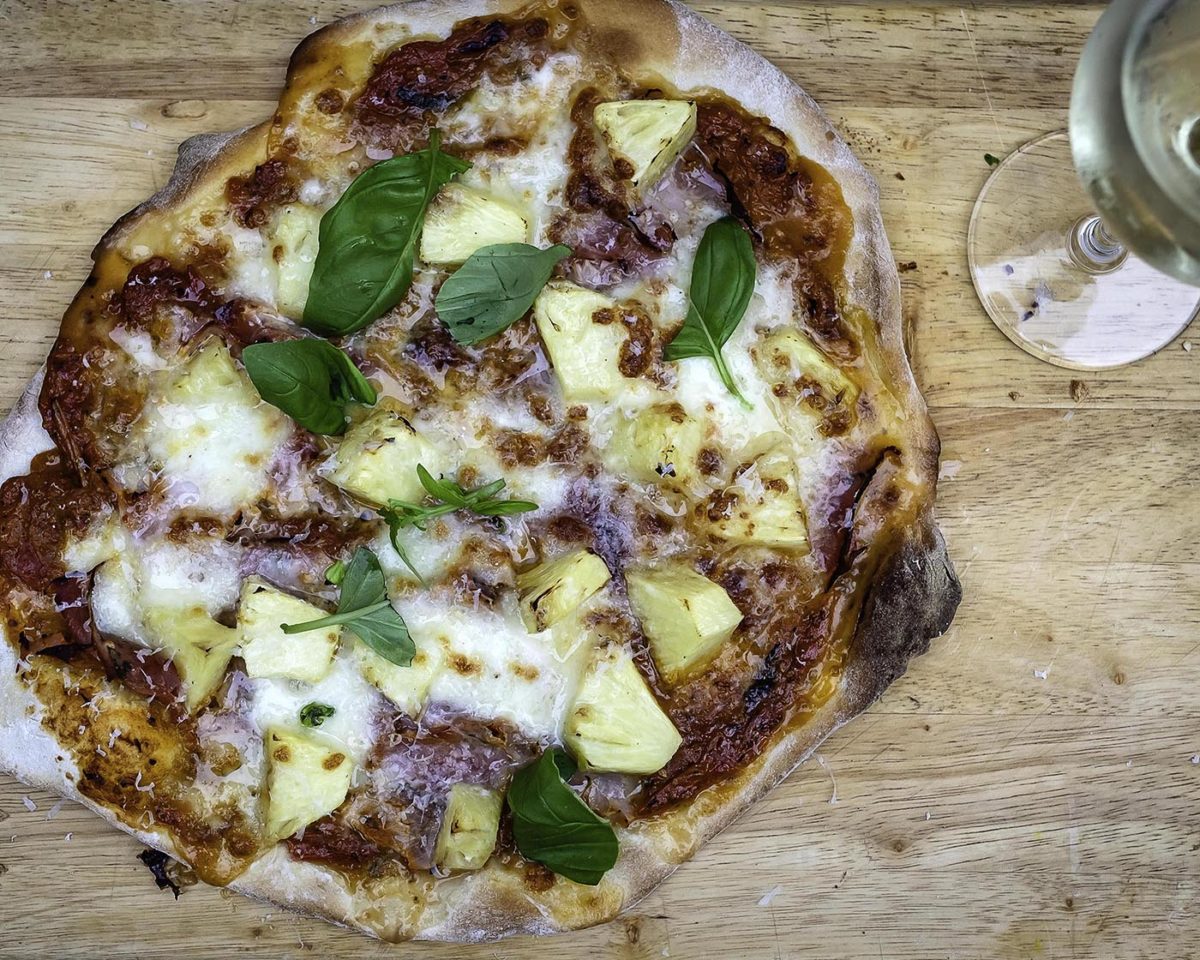